How to Install Powertronic Piggyback ECU

The RE Twins are brilliant when it comes to performance. But if you crave more power, Powertronic has a number of performance parts in store. We head out to upgrade ours 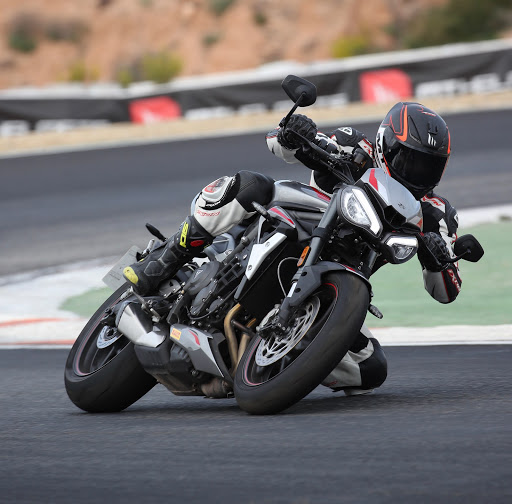 The box comes with a lot of goodies including a USB cable, stock coupler, piggyback ECU, cable harness, tags, manuals and some fancy decals. Make sure you’ve segregated them all and removed the bench seat of your Interceptor, after opening the LHS side panel.

After removing the seat, there isn’t much to do unlike other faired motorcycles, where you have to remove the panels. Once the seat is out, get a size 10 spanner to remove the heavy but superbly finished fuel tank. The bolts are located at the starting point of the seat.

3) Time to get naked

Once the tank is out of the picture, you’ll be left with the barebone frame. The stock processor is located under the seat and we need to access it. The next step is to stop the fuel supply. To do this you have to remove the fuel connector by disconnecting the fuel line.

Next up is the most tedious task of routing the harness under the frame. To do this, you require a really steady pair of hands and 10/10 vision. Once the harness has been successfully inserted, remove the stock injector connector which is located next to the well-finished crankcase.

5) Find out where the CKP is

Once done, connect the male and female injector connectors to stock connectors. After this, identify and unplug the stock CKP connector. The replacement connector already carries a sticker mentioning CKP so your best bet is to look for a similar cable.

Identify the ignition coils on either side of the frame and unplug the stock connector from both. Which obviously means, accessing the injectors.

Connect Powertronic SPK male and female connectors to each of the coils. That’s it. Pack up the injection covers.

Identify and remove the stock TPS connector, located near the processor, under the seat. Replace it with the Powertronic connector supplied with the ECU kit.

Penultimate step is to ‘GND’ cable to the negative terminal of the battery. This step may sound unnecessary but is important for the function of the piggyback ECU.

Last but not the least, get rid of the tool kit located under the LHS side panel. Unfortunately, there’s no space to fix the Powetronic ECU on the tightly assembled Interceptor. Replace the tool kit with the piggyback ECU after connecting it with the harness.

The other end of the harness can be connected with the mode selector that is sold as a separate accessory. It allows you to choose between two riding modes, which alter the delivery and output.

12) Tagging for a reason

Make sure the harness is neatly tagged with the supported tags.

The quickshifter sensor on the other hand requires you to not only remove the gearshift assembly but the exhaust as well. It’s much easier to install and simply requires you to replace a cable and tag it properly with the LHS footpeg.

That’s it! Your Interceptor is now loaded with 3bhp and 3Nm extra. The quickshifter requires calibration via PC. However, the application has a brilliant UI and can be handled even by monkeys (including me), allowing you to not only programme the whole kit but even play around with the maps. Of course, all of which is not recommended for beginners as it can potentially hamper the performance. Happy times ahead!